Digging Up the Past 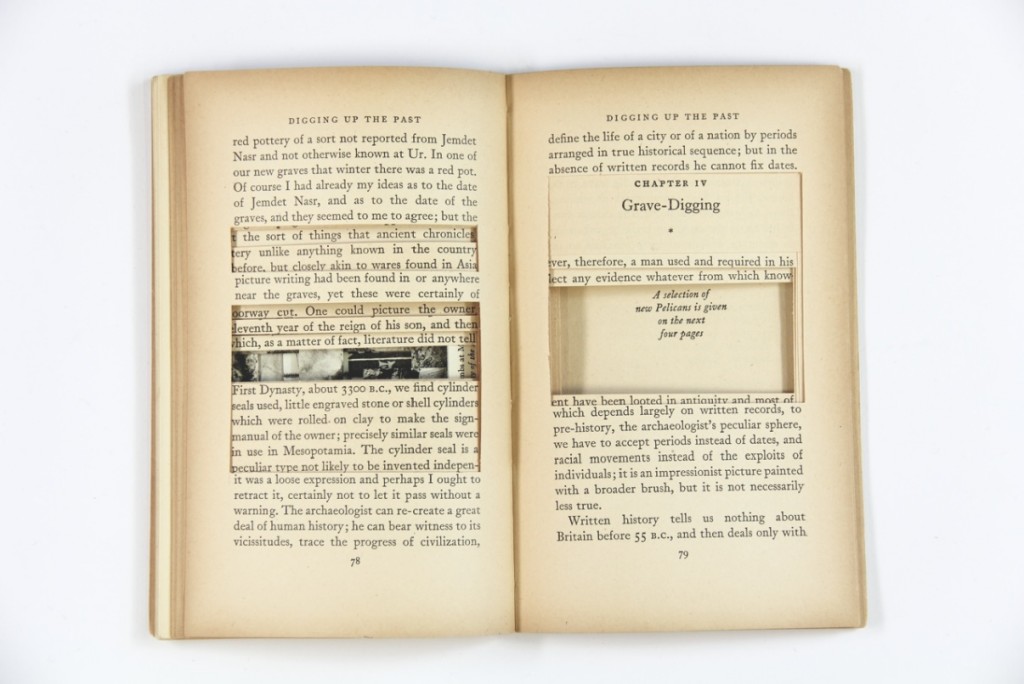 The book Digging Up the Past was modified to reflect how Alzheimer’s disease affects memory. The disease starts to have an effect on short-term memory while leaving long-term memories intact. In advanced stages, it seems the disease keeps “digging” at people’s memories, until they are almost empty. This is represented by cutting gradually bigger parts of the text on every page.

This book is part of an exercise that seeks to graphically represent some of the symptoms experienced by people with dementia, based on the first-hand experience with my two grandparents diagnosed with Alzheimer’s disease. This is one of three books that were used to explore how the symptom of memory loss could affect the structure of the book.

This artwork is part of a bigger project on communication design for dementia, which tried to get inside the mind of someone with Alzheimer’s disease, exploring their reality through graphic design. By doing so, the project intends to generate empathy and get a deeper understanding of the disease, both for people dealing with it and for raising awareness in the general public.

The Book of Genesis According to Grandfather Vasco Branco 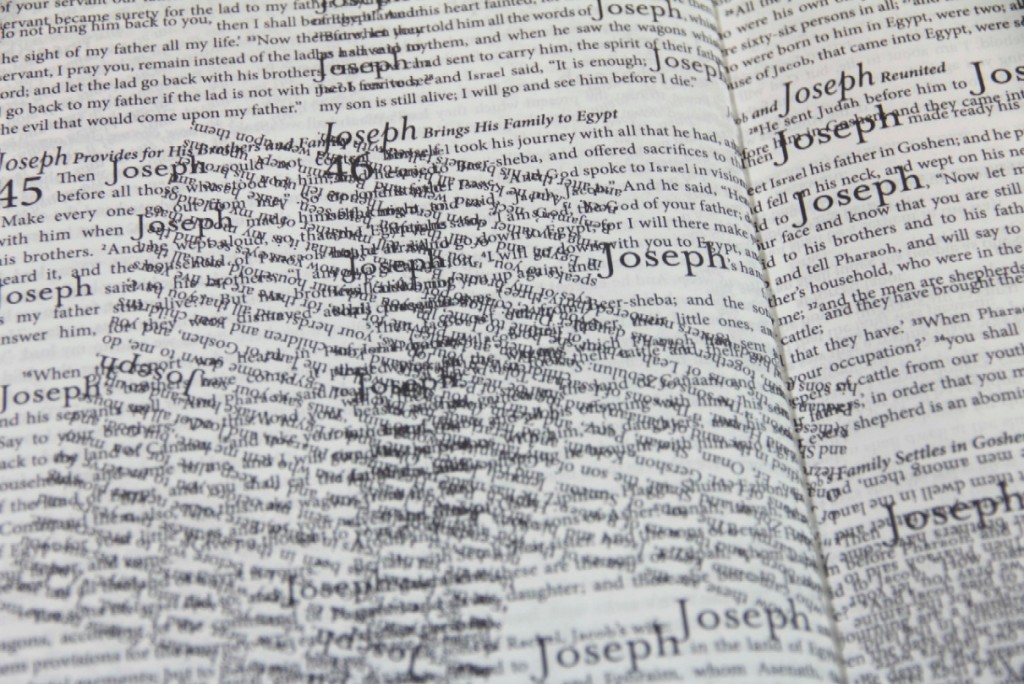 The Book of Genesis was redesigned to represent the progressive state of confusion observed in my grandfather Vasco, who has lived with Alzheimer’s disease for more than 10 years. The artwork is built around the observation and recollection of stories of confusion.

The Book of Genesis was chosen due to its popularity and authority, and because it was a reference point for both my grandparents. This redesign aimed to challenge the authority of the book, by showing how Alzheimer’s disease could affect it.

Four types of confusion were identified—objects, people, places and time—and are represented by a system of four progressive typographic changes throughout the book. The misplacement and forgetfulness about objects is illustrated by the progressive misplacement of the text baseline. This confusion and lack of recognition of people is suggested by the change of the typeface of names in the book. The feeling of disorientation about where they are, the loss of direction and sense of place is represented by rotating parts of the text mentioning locations.The misunderstanding and lack of awareness of time is shown by the increasing width of the text columns; this eliminates the white space and makes the texts overlap.

Rita Maldonado Branco is a communication designer based in Porto, Portugal. She recently started a PhD in Design at University of Porto, in partnership with University of Aveiro and the Research Institute ID+, funded by FCT (Fundação para a Ciência e a Tecnologia). Her research considers how communication design can enable people with dementia and their families to create their own personalized strategies to communicate and interact. She has a four-year degree in Design (2008) from University of Aveiro and graduated with distinction from MA Communication Design at Central Saint Martins, University of the Arts, London, in 2012. Readers may write to Rita Maldonado Branco at ritamaldonadobranco@gmail.com.