Age, Culture, Humanities transferred from the Athenaeum Press of Coastal Carolina University to the Royal Danish Library in Spring 2022. Please, visit the journal's new website https://tidsskrift.dk/ageculturehumanities/. The old website remains functional for the time being but will not be updated nor will it be open for submissions. 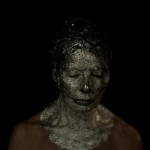 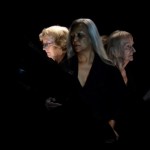 Images by Sukey Parnell, from the film Being Otherwise

In the 1970s, second wave feminism opened the doors of remembering with projects like Judy Chicago’s The Dinner Party and a plethora of books on goddesses and accomplished women whom patriarchy had ignored, and therefore history had forgotten. We fell in love with images of Kali and Sappho and paintings of Mary Wollstonecraft. These images brought to life the disappeared, making material what had long since dissolved into a distant past.  For many of us, it was the materiality of images 1 that provided a connection to the knowledge that women, beyond the domestic sphere, were of import, and had value in the world. We sought out images of women our own age to represent who and what we imagined ourselves to be or become. These were fecund, beautiful, and terrible goddesses and intense women, with faces that penetrated, caused pause, and reached out from another time to enter into the present. They helped facilitate our changing sense of self and history. Later, our daughters and sons took the images of goddesses and made them into superheroes in comic books and graphic novels, some even tattooing them on their backs.

Hecate, the Goddess, and the Woman

The unearthed images of second wave feminism were archetypal. They provided, among other notions, a link to the past and posited that link in many women’s 2 psyches.  Parnell’s work evokes the archetypal with her masked and unmasked images of the goddess, Hecate. It has been suggested that Hecate originates in Anatolia and was adopted by the early Greeks. In some incarnations she is double-faced, with both the young and splendid Artemis and the terrible Hecate, whereas in others she is singular, Artemis-Hecate 3.  She is both formidable and beautiful. She contains within her being the power over death and birth. Gimbutas describes her as “continuous, the life/death duality. She is divine ambivalence” 4.  As aging moves us closer to death, we face what Said called “the unresolved contradiction” 5.  The figure of Hecate can be read as either the balance to that contradiction or a stark statement of it. In Parnell’s images, she is impassive and acknowledges no master. Her impassive countenance, in both the masked and unmasked images, is an expression of that contradiction or ambivalence.

The poet Hesiod describes an early image of Hecate as “very mature and regal” 6. Parnell creates, in her reworking of the image, the core expression of an archetype. Her Hecate has both the feel of antiquity and that of a contemporary image. In the myth of Demeter and Persephone, Hecate goes down to the underworld and negotiates with Hades for the return of Persephone 7. Hecate is ultimately responsible for bringing the Earth back into balance, restoring the sun and its life-giving warmth for part of the year.

Parnell’s archetypal representation appears impassive, but the final two unmasked images manifest what lies beneath her surface. No longer masked in her mirrored surface, she may not be a goddess, but as a mortal she has subsumed the qualities of the goddess. In the final image, the Hecate figure is seen in shadow. Parnell has given us an image of aging that conveys strength and beauty without relying on tropes or emotional manipulation. These women contain both the archetypal and the ordinary, giving us a glimpse of life experience and complex possibilities contained below the surface persona of older women.

The concept of archetypes is firmly rooted in the humanities 8. This pattern of personification of human qualities and experience is part of our cultural heritage. Mythology and archetype are firmly linked, and meaning is contained in these earliest of images and stories. As Gimbutas explains: “Mythical imagery of the prehistoric era tells us much about humanity—its concepts of the structure of the cosmos, of the beginning of the world and of human, plant and animal life, and also its struggle and relations with nature. It cannot be forgotten that through myth, images and symbols man comprehended and manifested his being” 9. By mixing the mythological and archetypal with authentic images of aging women, Parnell creates a visual language that provides another layer of meaning to the feminine aging experience. Archetypes give us a connection to the past and universal cultural patterns that lay just below the surface of our image-saturated society. By privileging these archetypal images and interknitting them with modern images of women, we remember older meanings, renewing what was known and, perhaps, forgotten. Parnell’s work offers us the opportunity to extend our visual language.

Sukey Parnell, an award-winning photographer and artist, focuses on the transitions and portrayal of aging and “femininity.” Her work has appeared in the National Portrait Gallery in London, the Sunday Times, and the Independent, amongst other venues.

Naomi Woodspring is a Research Fellow, University of the West of England, as a part of the Bristol Ageing Better project. She is the author of Baby Boomers: Time and Ageing Bodies (Policy, 2016).

Readers may write to Sukey Parnell at sukey@sukeyparnell.com, and to Naomi Woodspring at Naomi.Woodspring@uwe.ac.uk.